* In case of any delay in receiving the OTP, you may verify it later. Please proceed without verification.

Satpada Lake is believed to be a ‘Lagoon” which is a special kind of lake which is said to be separated from the Bay of Bengal by a thin and narrow natural embankment along with several small openings that connects it with the sea. Situated at around 50 km from the holy city of Puri, Satapada is a part of Chilika Lake which known for the Irrawaddy Dolphins which are also known as the Orcaella brevirostris. Satpada has got its name by combining two word and has as a meaning, ‘Sata’ which means Seven and ‘Pada’ which means Villages, hence the name Satapada means bunch of altogether seven villages. Satapada which is also spelt commonly as the Satapara, is believed to be one of the most admired tourist places of the state of Odisha. The serene Sea Mouth and the Dolphins are the major attractions which pulls thousands of tourists across the country every year. It is believed to paradise on the land of Odisha. 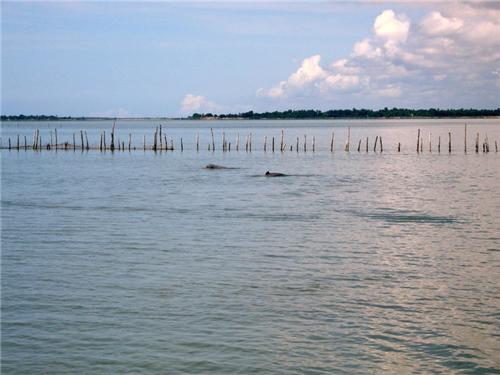 Satpada is situated at 19°40'10"North altitude and 85°26'38"East altitude. Satpada is situated on the south region of Puri, and is a part of the 1100 sq km wide spread Chilika. The Satpada Lake is surrounded by the rocky hills of Eastern Ghats on the South and the East and alluvial plain of Delta formed by the river Mahanadi on the north. There are numerous of tourist spots located at several different strategic positions of the Chilika Lake. It includes the Satpada which is also known for the dolphins found here.  Satpada Lake witnesses flock of tourists regularly and it also demonstrates the mesmerizing sun rise and sunset.

Places to Visit Near Satpada

There are several places near Satpada that serve as tourist hotspots for all who visit Satpada. Here's describing about them:

Rajhansa is an island located at the entrance of the Chilika lagoon. Rajhansa island is said to have been named after ‘Rajhans’ a very famous bird. The Rajahansa Island can be visited by taking a boat route from the Satpada which takes around one hour. The island is located at around 18 km from the Satapada Lake and is a very small strip of land which has the Bay of Bengal on one side and the lagoon on the another. The Satpada is surrounded with dense forest and mountains.

At the Satapada Lake the visitors can find several varieties of the migratory birds present here due to the famous Nalaban bird sanctuary, which is located very near Satapada. It takes close to some 3 hours to reach Nalaban by boat from Satpada. The Nalaban Bird Sanctuary is said to be one of the hotspot of the biodiversity in India. Some of the very rare, endangered and vulnerable species of threatened animals are believed to have their habitat at this Sanctuary.

Stay at Satpada: There are the Pantha Nivas by the department of Odisha Tourism which are the only place to stay in Satpada as of now but several resorts are also being planned to be established near the Lake site. The Nalaban Island within the Lake is notified as a Bird Sanctuary under Wildlife (Protection) Act.

Food at Satpada: There are the restaurants which are managed by the department of Odisha Tourism and also there are a few more roadside restaurants serving wonderful crabs prawns and other sea foods.

Boat ride at Satpada: The department of Odisha Tourism organizes boat rides for the purpose of dolphin sighting as well as to the entrance point of the of Chilka.

Reach by Air: The nearest airport is Biju Patnaik International Airport at Bhubaneswar, which is around 120 km away from Satpada and can be reached by local transport, buses or by cabs.

Reach by Rail: Nearest railway station to Satpada is Puri, which is around 50 km away. Puri being one of the most famous tourist places of the Eastern India connects with all major cities  of India with numerous trains.

Reach by Road: The only medium to reach exactly the location of Satpada is to reach by Road. The NH 203-A connects Satpada to Puri which is 49 km away. There are several busses from the state capital of Bhubaneswar and the holy city of Puri to reach the tourist destination of Satpada. Special sightsee are even conducted by the local tour operators and also by the OTDC to make the travel much convenient.