Puri is believed to be synonymous with Lord Jagannath and Lord Jagannath is also synonymous with Puri. Several attempts being made to find the real root of the History of the City but not much has been found till date. The Jagannath Dharma is believed to be there in existence since the beginning of the human civilization. Like any other part of the state of Odisha, Puri also has the history of being one of the integral part of then Kalinga, which is now named as Odisha. Yet no factious information is available upon which one can believe the emergence of the city of Puri on the maps of the country. 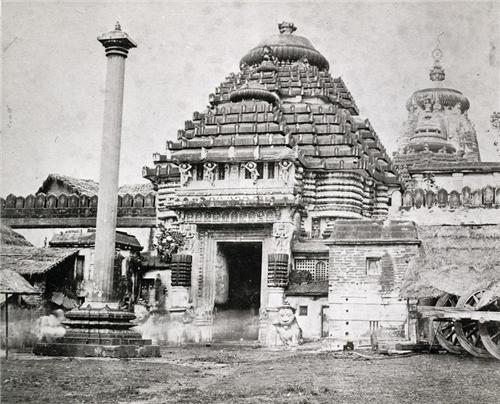 Origin of the Name, Puri

As per a Chinese explorer Hiuen Tsang who went to Kalinga the antiquated name of this town was Charitra. Throughout the decisions of Chonga Deva the Vaishnavism expanded to an extraordinary level and he is accepted to have developed the sanctuary of Lord Jagannath which is still found at Puri. In the ninth century A.d. the name Purusottama Charitra was being utilized for the City of Present puri as per the recorded confirmations found work now. Later on the name that was utilized by then rulers, Mughals was the 'Chetra'. Proofs are found that throughout the British decisions the city was 'named as "Pooree" which was converted from the name 'Purusottama Puri'. Notwithstanding the city is known to be Puri and the same is utilized as a part of all the authority records too.

Throughout sixteenth to eighteenth Century A.D. Odisha was under the rulings of Mughals which partitioned it into three zones and named them Bhadrak, Jaleswar and Kataka of which Katak was the capital of the state and Puri was a part of the Katak. Later in the mid of eighteenth century when Mughals left the nation Marathaas came into force and under their ruilings a few progressions were made in the administration of the state. They partitioned Odisha, into four districts which were spread from the River Suvarnarekha in the North to the lake Chilika in the South. The locales were named as Balasore, Pipli, Soro, and Katak.

The area of Pipli (a small village close to Puri of the present time) contained significant segments of the region of Puri. In 1803 when the British were ruling Odisha, they again changed the divisions of the state and they isolated the whole state into two districts, North and South, River Mahanadi being the fringe around the two. In 1805 the districts were again combined and Katak was proclaimed the capital of whole state. The lord of Khurda of that time dissented against Britishers and was thus captured and kept in a Barabati fortress at Katak, which was later on allowed to inhabit Balisahi in the town of Puri and his region was being caught by the British rulers. The lord was then designated as the superintendent of the sanctuary of Jagannath.

Puri was then declared as the capital of Odisha under the British Rulings and it was the same till 1816. In 1806 a proposal was made to evacuate the head quarters to Jajpur of Odisha and in August 1814 a significant part of the authority's was moved to Katak yet again carried to Puri. By 1916 the Head quarter was for all time moved to Cuttack which was the past headquarter of Moghal and Marathas. By 1818 the workplace of the magistrate was created and Robert Ker turned into the first official. Throughout 1813 to 1819 a joint Magistrate of Puri was named and he has his locale stretched out over the districts of Hariharpur, Gopalpur and Pipli. In 1828 the whole territory was separated into three real regions, Katak, Balasore, and Jagannath Puri.

In the year 1936 Odisha got its divided presence from the neighboring state of Bihar. The area of Puri was then structured in the year 1948 containing the feudatory states of Daspalla, Kendrapada, Ranapur and Nayagarh. The whole region of Puri District was around 3900 sq km. Puri was the regulatory City for the District and was the area head-quarter as well. Later on in 1959 the divided sub-division, Bhubaneswar was framed and the old Puri region has four Tahsils left under its purview which were Nimapara, Krushna Prasad, Puri-Sadar and Pipli. In 1995 the Puri District got partitioned into 3 regions, Nayagarh District containing Nayagarh sub-division, Khurda District involving Khurda and Bhubaneswar sub-divisions and Puri District comprising of the Puri Sadar sub-division.

Connection of Lord Jagannath with Puri

According to the Skandha Purana which is an ancient book holding numerous Hindu Mythological sections, the root of the Lord of the universe, Lord Jagannath has a fascinating story behind it. According to the Purana, Thousands of year back, when Man and God strolled the earth together, the ruler of Puri, King Indradumna once got a dream one night while he was resting at his Palace. He envisioned around an immense log of wood that had coasted to the shore. As he woke up the following day, together with his warriors he went to the shore. A huge wooden log was lying at the same spot which he saw in his dreams. The King intuitively realized that the dream was provided for him by God. The log of wood implied that the Gods needed the ruler to make an idol of the Jagannath out of it. Anyhow the lord precisely didn't make him understand the method for accomplishing that and henceforth the king worshiped Creator God of the universe, Lord Brahma, to send someone who could cut the idols out of the wood.

Consequently Lord Vishwakarma, also known as the "Universal Architect" was sent by Lord Brahma, in the pretense of an eighty-year-old man. He forced a condition that he might require a chamber to himself where he might work constantly for 21 days without food or water. He ordered king that no one should enter the chamber before the 21 days are completed. The King did as he was told. A chamber was provided for Vishwakarma, while gatekeepers held up outside shut the entryways. It was just inside 14 days when the gatekeepers educated the lord that the sound of sledge was no more noticed from the chamber. The King censured the soldiers reminding them the conditions set by the Vishwakarma. Nobody was allowed to open the chamber before 21 days. The queen got stressed and she requested the king to open the chamber, as she thought of the Vishwakarma to be dead. The king finally opened the doors, and, the disappointed Vishwakarma told the King and the Queen that he will no more proceed with his act as they couldn't satisfy his conditions. With these words, he vanished. Since then the idols of the deities are incomplete.

As the idols of the trinity don't have limbs and their idols are not finished. The story above is believed to be the legend behind it. Lord Jagannath, Lord BalaBhadra and Goddess Subhadra are still revered in that structure since there is still a feeling of completeness in those incomplete idols. The Hands are half made, and is believed that God warmly embraces anybody who come their direction with faith in him. Their eyes are round as no one knows the limit of their vision. They are said to have a watch on the whole universe with their eyes.

There is one more exceptionally remarkable characteristic about the Shree Mandir and its kitchen. Thousands of devotees visit the temple and consume the "Mahaprasad", the nourishment touched by the Lord. The way rice is cooked inside the Shree Mandir’s Kitchen is astounding. 8 to 10 pots of uncooked rice with water are put one on top of the other. The stove is lit under the bottom most pot with all the rest of the pots at its top. The stove is stifled time to time. The rice held in the top most pot is cooked at the same degree as the rice in the lowest pot. This is unbelievable, but this is something which is, encountered since ages in Puri.

The city of Puri was nearly submerging in the waters of the Bay of Bengal. The whole city of Puri was encompassed in obscurity for over more than three days. It was the fourth day of the storm when ocean waters totally suffocated the shore and the waves propelled into the city, flooding the streets. Prayers to God were the only way to have relief for the inhabitants then. In the morning the waves withdrew by a hundred meters and the downpours ceased. It was said that the tremendous yellow flag that had slipped from the Neela Chakra, flew the distance to the shore on top of the air current and wrapped itself around the "Digabarini" Pole. The banner was later brought down and attached to the Neela Chakra. People say that Lord Jagannath spared their lives.

Today, Puri is one of the developed cities of Odisha with most of the people engaged in the tourism sector. Growth in handicrafts industries and markets has changed the complete face of Puri. Due to the Temples and beaches Puri has always been one of the most favored tourist places of Odisha attracting millions of tourists every year.