The historic city of Odisha and one of the four Dhaams of the Hindu religion Puri is one of the major tourist attraction of the state. 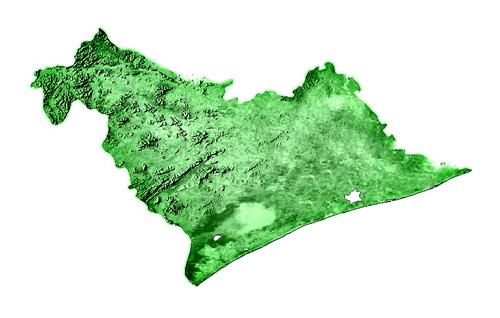 Puri is located at 19.8°N 85.85°E and has an average elevation of 0 meters (0 feet). The district of Puri is spread over an area of 3,051 sq km (1,178 sq mi) and has a population of 1,502,682 with a density of 492/sq km (1,270/sq mi). The district of Puri has as such no hills present within its boundaries except one of the smallest land used for the purpose of cultivation are now under plough. Puri district is known for the cultivation of several varieties of rice in its areas.

All the rivers flowing from the district of Puri have several similar characteristics in them. During the summer season they become the beds of the tiny sand streams while in rains they carry huge amount of water than that of their capacity. Mostly all the rivers are the distributaries of the river Mahanadi.

Being on the coast of the Bay of Bengal the district of Puri enjoys the cool breeze flowing from the Bay of Bengal which makes the hot and tropical weather of Puri during the summers m tolerable in compare to the places of interior Odisha. The weather here remains humid in summers which is said to be between the months of March and June. In the months of July to August the temperature remains modest and the months between October and January are said to be winter season. During the month of June Puri witnesses the south west monsoon and the temperatures tends to fall to around 28° C up to the month of October. Around 250 mm rainfall is measured during the months of July and August, which goes up to the minimum of approximately 127 mm by the month of October. Puri witnesses the winters from November, when the temperatures starts decreasing and reaches at an average of 16° C in the month of December and January. The Cold winds blow from the North East that tends to keep the temperatures comparatively low regardless of the dazzling sunshine.

Given below is some of the geographical information about Puri:

Odisha being located on the coast of the Bay of Bengal is also very much prone to the cyclones and especially the Districts of Puri which is located the most closer to the cost of the sea. Puri being located on the coast gets most affected by the cyclones and high winds. Puri is said to be comparatively much safer from the calamities of earthquakes due to its location which is counted in one of the relatively secure “seismic zone II”. The subsidiaries of Mahanadi provide the drinking water facility to the district of Puri. There are also several ponds and pools in the district that work as storage of the rain water.