The Lake at Chilika is one of the biggest salty Water Lagoon. It is spread over an area of about one thousand sq ft and is believed to be one of the hotspots presenting biodiversity of India. It houses most endangered, vulnerable and rare species, according to the Red list by International Union for Conservation of Nature. 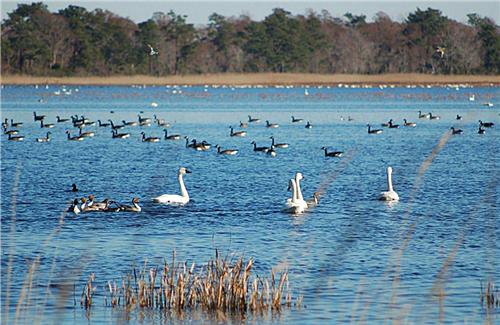 A 2 km long, thin, surface channel which joins the main lagoon with Bay of Bengal is closer to a village named Motto. Located near the north eastern end of the lagoon there exists the mouth interfacing the channel to the ocean. Some of the largest flock of the migratory birds can be witnessed at Chilika during the winters. These are believed to be arriving from the Caspian Sea, remote parts of Russia, Lake Baikal, Kirghiz steppes of Mongolia, Aral Sea, Himalayas and the South east and central Asia in order to feed and breed on the fertile areas of Chilika. More than 46% of the birds visiting Chilika every year are believed to be terrestrial in nature and more than 22% of the birds that visit here are wader and the rest 32% are of waterfowl in nature, as per several surveys that are done on the birds visiting Chilika. More than 36 species of amphibians and reptiles along with more than 150 endangered Irrawaddy Dolphins are also been reported to be found in the Chilika lake region.

According to the legend, a pirate king named Raktabahu visited the place where the present day Chilika Lake is located, to ransack Puri with a huge fleet of his ships. In order to avoid being detected he parked his ships out of sight, but the sea then washed up his ships to the shore and warned the people of Puri and they got prepared with all their ammunition. The pirated king believed that the sea has betrayed him and ordered his army to destroy it and the sea then drowned the army and formed a lagoon, which is now Chilika Lake.

Chilika is a one amongst the most essential parts of the culture of coastal Odisha. About 400 years prior, the poetic saint Purshottam Das, an aficionado of Lord Jagannath, composed a lyric about Lord Krishna dancing with a milkmaid called Maniki, who had come to offer curds on the banks of the Chilika. Indeed today, a town Manikagauda (gauda being the cowherd rank) remains on Chilika lagoon. Much recently, the incredible Oriya writer, Radhanath Rai, entranced by the magnificence of the lagoon, composed an epic poem named 'Chilika" which is viewed as a perfect work of art of distinct topography. Freedom fighter, Shree Gopababdhu Das otherwise called Odisha's Gandhi, in his book Bandir Atmakatha an Autobiography of a detainee, composed articulately about Chilika which he saw from a train going along its banks in the 1920.

Chilika Lake is known for migratory birds which flock here every winter. The lake is believed to be backing the biggest amassing of migratory waterfowl in the country. Chilika Lake every year upholds a large number of ducks and many geese in the winter months however in past few decades, populaces have declined immensely. The ducks land here by September-October.