The Bada Chhata Matha is one of the oldest monasteries of Puri which belongs to the Ramanandi Sampraday. The matha hosts several functions in the name of Lord Jagannath. It offers a Lotus dress known as the Padma Bhesha to the deities of the Jagannatha Temple on Wednesdays. Earler, the matha used to be under a small Banyan tree right in front of the main entrance of the temple, the Lion’s Gate known as Singha Dwara. It is a religious spot that stays crowded with Sadhus of Ramanandi Sampraday who visit Puri temple from far away places. 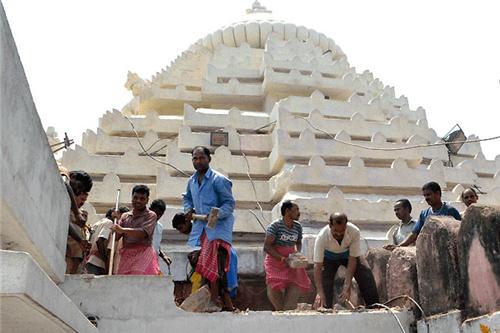 The Matha is a very significant religious place where several rituals are performed in the name of Lord Jagannath, Lord Ballabhadra and Godess Shubhadra. The matha gets the sacred fire which is known as the ‘Vaishnabagni’ from the temple to enlighten the Gadighar which is believed to be the prime place of the monastery. The sacred fire burns all day long. The morning prayer also known as the Mangala Arati is performed through the holy fire in matha. While the Mangala Arati is performed, several musical instruments are played. During the festivals, the matha is decorated along with the main temple of Lord Jagannath.

On several rituals and ceremonies organized at the Jagannath temple the Sadhus of Bada Chhata Matha are invited to perform pujas.

Explore more about About Puri