Puri being one of the most famous tourist destination of the state witness thousands of visitors visiting the holy city from all directions of the country as well as the world. The administration of the entire district of Puri with its three major towns, Puri, Konark, and Nimapara and is regulated from the district headquarter which is the city of Puri located on the coastal region of Bay of Bengal. 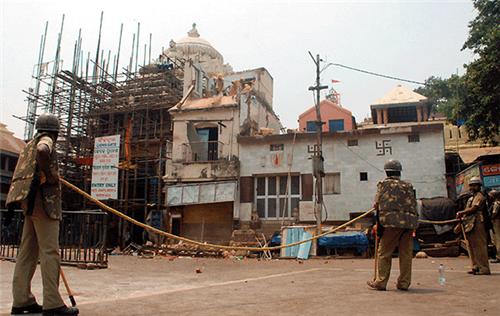 The district of Puri being the major spot of attraction of the state and very vital from the view of Tourism and travel industry of the state has always gained the special attraction from the government. The city of Puri is administered under Puri municipality. With a sum total of 11 blocks the residents of Puri elect their councilors which represent them in CMC.

Projects undertaken by the Puri Municipality are:

Carved out from erstwhile Bhubaneswar Regional Improvement Trust, the Puri- Konark Regional Improvement Trust (P.K.R.I.T.) is a separate entity and started functioning since 1982 with the jurisdiction of Puri Master Plan area and the areas in between Puri & Konark, with an objective of enforcement of Odisha Town Planning and Improvement Trust Act 1956 across the district of Puri. Subsequently, by a notification of Government of India Dept. of Housing and Urban Development and the Odisha Development Authority, the Act has been re-enforced over the earlier areas and thus the Puri Konark Development Authority come in to existence on 1.4.1997.

The 73rd and 74th Amendment to the Constitution of India mandate decentralization of planning process and creation of District Planning Committee (DPC) in each district of the State with a view of preparing and consolidating district plans that are required to be prepared in a consultative and participatory manner as per the guidelines issued by the Govt. of India in Ministry of Panchayati Raj and Planning Commission and the State Government. In the decentralization of planning process, the district being the unit of development, the District Planning Units have been created at the district level since mid eighties to undertake the district level planning with a District Planning Officer, one S.E.I. , one Cartographer and other Clerical staff.

The District Planning & Monitoring Unit, Puri is functioning under the direct control and supervision of the Collector, Puri, who is the Member Secretary of District Planning Committee (DPC) & Chief Executive Officer, Zilla Parishad. The DPMU have basically two cells

Member of Parliament Local Area Development Scheme (MPLADS): This scheme has been in operation since1993-94. As per provisions under this scheme, each Member of Parliament is to suggest, the developmental works to be taken up in his/her parliamentary constituency, to the Collector of the district. Rs 2.00 crore per year in two installments are received from Govt. of India (Ministry of Statistics & Program Implementation, New Delhi) in respect of Puri Parliamentary Constituency. From 2011-12 Rs.5 Crores is being allotted per M.P. per year. Also this district is receiving funds from the Nodal Collector, Jagatsinghpur in respect of Jagatsinghpur M.P. and funds from other Nodal district in respect of Rajya Sabha M.Ps.  Allotment and sanction registers for the schemes are being maintained.
Puri being the Nodal District for Puri Parliamentary Constituency, funds for the projects being implemented in the eight blocks that are: Puri Sadar, Brahmagiri, Krushnaprasad, Delang, Satyabadi, Kanas, Pipili and Gop (part) and also the part of other districts like Khurda and Nayagarh.

The scheme of “Special Problem Funds” has been introduced in the State during the year 1997-98. Funds from the scheme are provided in the State plan budget of the Planning & Co-ordination Department in the form of grant-in-aid each year. The scheme aims are taking up small and essential projects of local importance involving special nature of problems in the absence of which the development process will remain incomplete. Honorable Minister, MLAs, other Public representatives, Senior Officers of the State Govt. and the District Collector may recommend projects involving special nature of problems based on their field visits and interaction with the local public to be taken up under the scheme.

With primary responsibilities of law enforcement and investigation within the districts of Puri the Puri City Police has its 9 police stations in the entire district.

The efficient administration of Puri helps people residing here and also millions of tourists visiting the holy city every year enjoy a better quality of life and help the economy to grow and develop in a much better way.